I am fascinated by the process and the results of the photo restoration work done by Sandara at Naked Eye in South Queensferry.

The photo below seemed worth working on because it is exactly 100 years old, dating from just before war broke out. It shows Fred Lumb (standing, a fellow officer in the Garhwal Rifles) with Ted (seated) in Lansdowne, the hill station in the Himalayas where the Garhwal Rifles were and still are based. The women are Alix Mankelow (the sister of another officer in the regiment) and probably Ted’s sister Ben, though it is hard to tell which of them is which.  I very much like the checked skirt with the tabbed buttons. 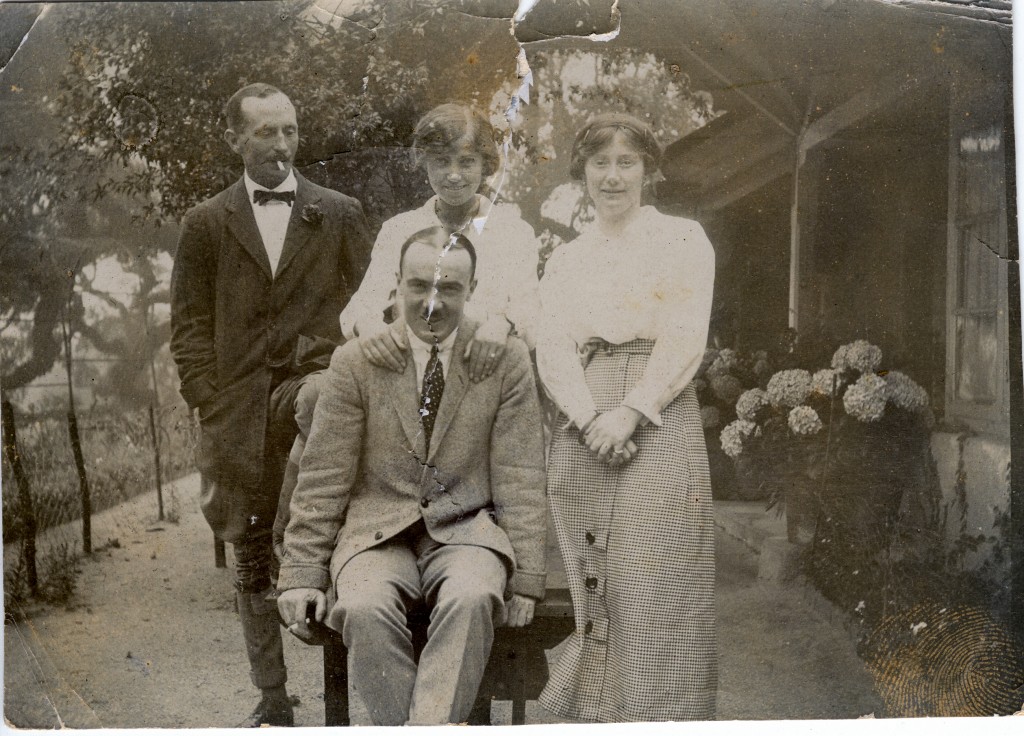 The photograph below is the only one of the whole family taken during the First World War. So again it seemed worth having some work done to restore it. Unfortunately it’s a poor photograph in the first place and then my copy is damaged and very washed out. 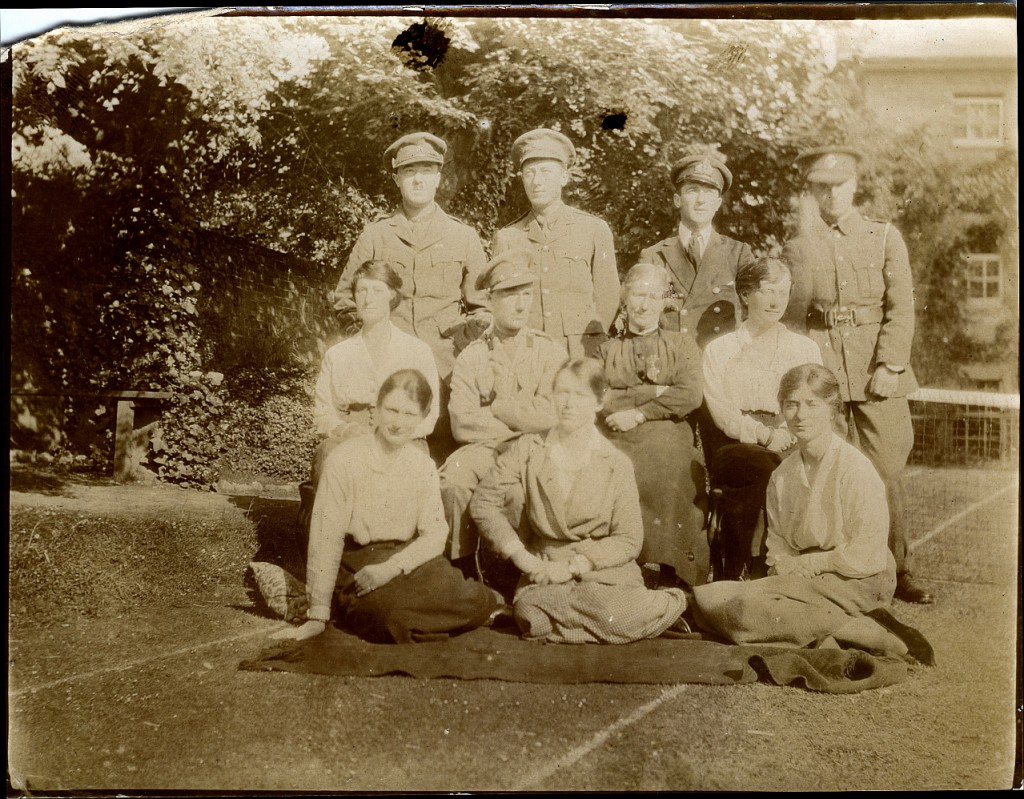 In the first attempt at restoration, Jim (second left at the back) looks like a ghost, an eerily unpleasant effect in the circumstances. 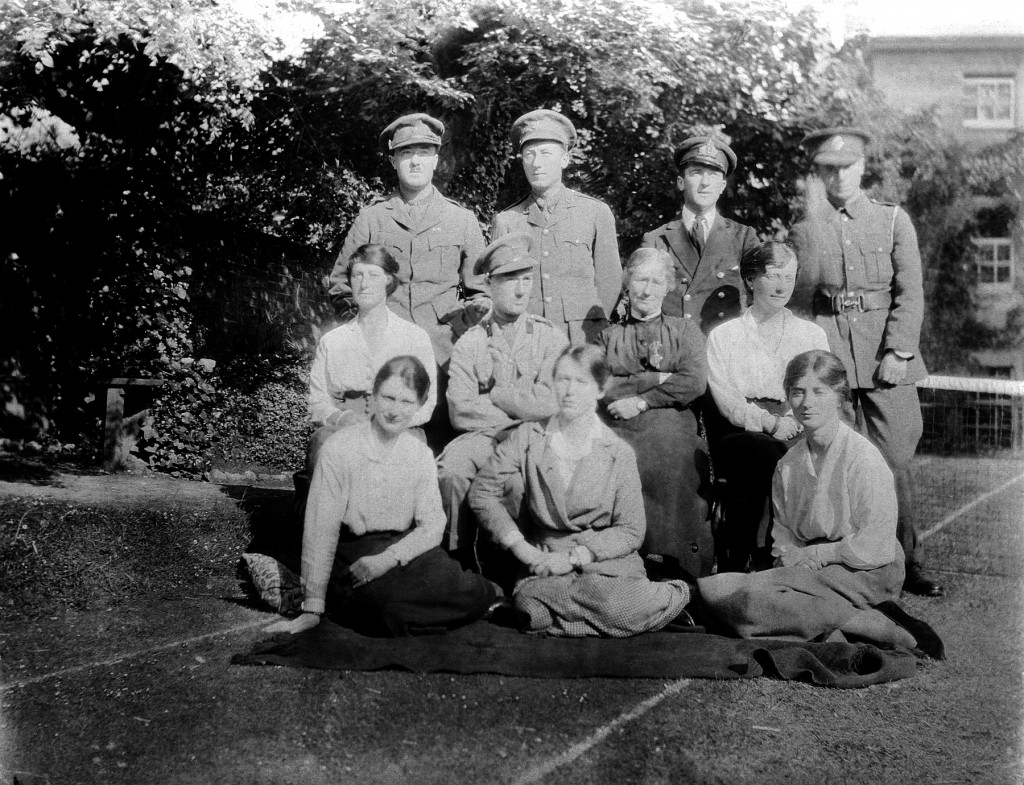 The second version is much better, especially once it’s been cropped to correct the composition. But now we can see just how bad the original photograph was: Topher is moving his arm (is he saluting the camera?) most of the family are over-exposed and out of focus, and half the girls seem to have their eyes shut.

However, as I said, it is the only photograph I have of the whole family during the war, and I am grateful to Sandra and to the unknown photographer. Now I need to work out which of the girls is which. 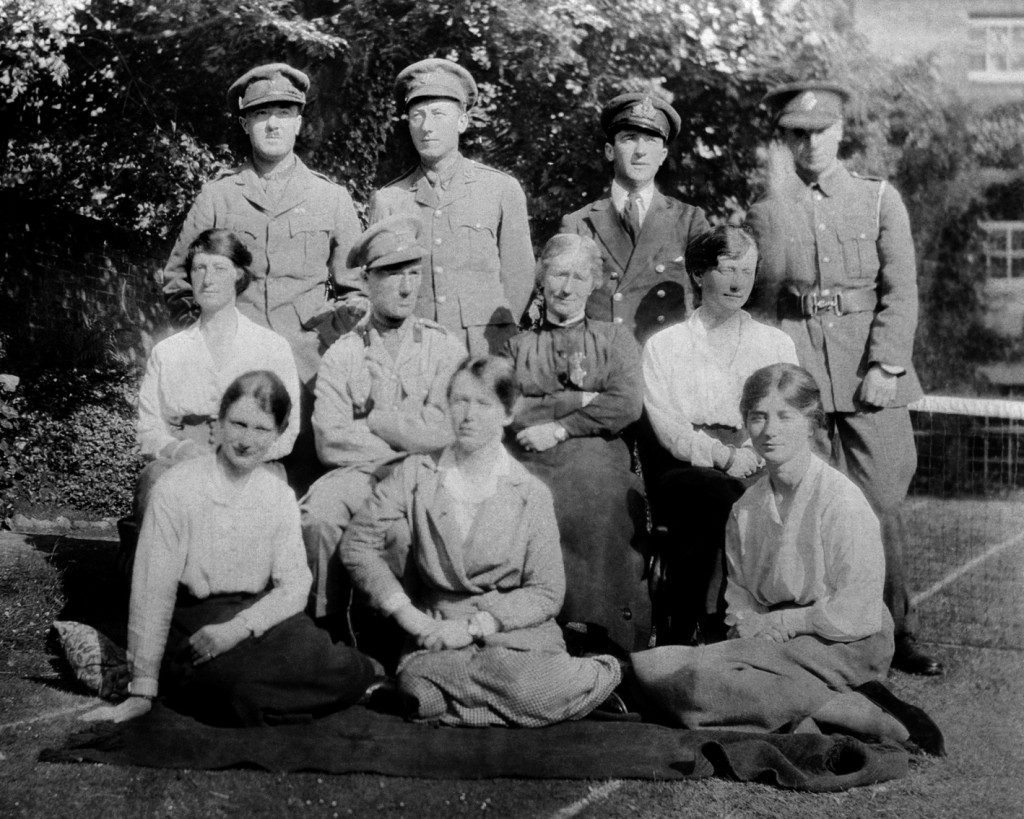