Gertrude was their mother. She wrote to them all every week and she sent them socks and cigarettes, overcoats and – on one occasion – a tent. And she kept all the letters they sent to her and the photographs you see on this website.

Gertrude was born in August 1857. Here she is as a little girl looking very determined, standing with her hands on her hips and with her head tilted at exactly the same angle as her own grandmother’s. 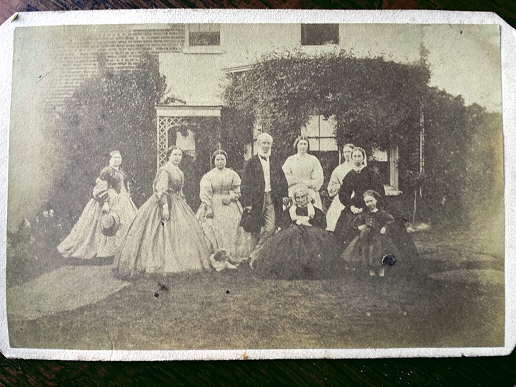 Gertrude is the little girl on the right of the picture

She was a religious child and grew into a religious woman and most photographs of her show her wearing a large cross. 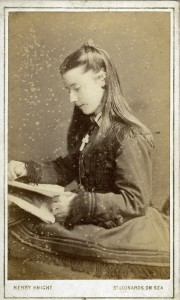 Gertrude as a girl

In 1879, when she was 22, she married a handsome young clergyman, Charles Berryman and their first child, Richard, came in 1880. 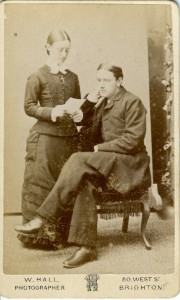 Charles died in 1901, after they had had thirteen children, ten of whom survived to adulthood. 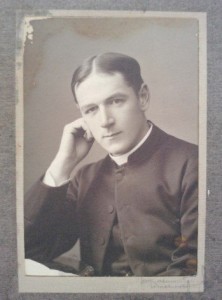 The determination of the little girl in the first photograph and the devotion of the young bride both show in the fact that she didn’t remarry, but raised the children alone, albeit with the support of a wide network of family and friends.

It seems unkind to do the arithmetic and work out that she was 56 at the start of the war. 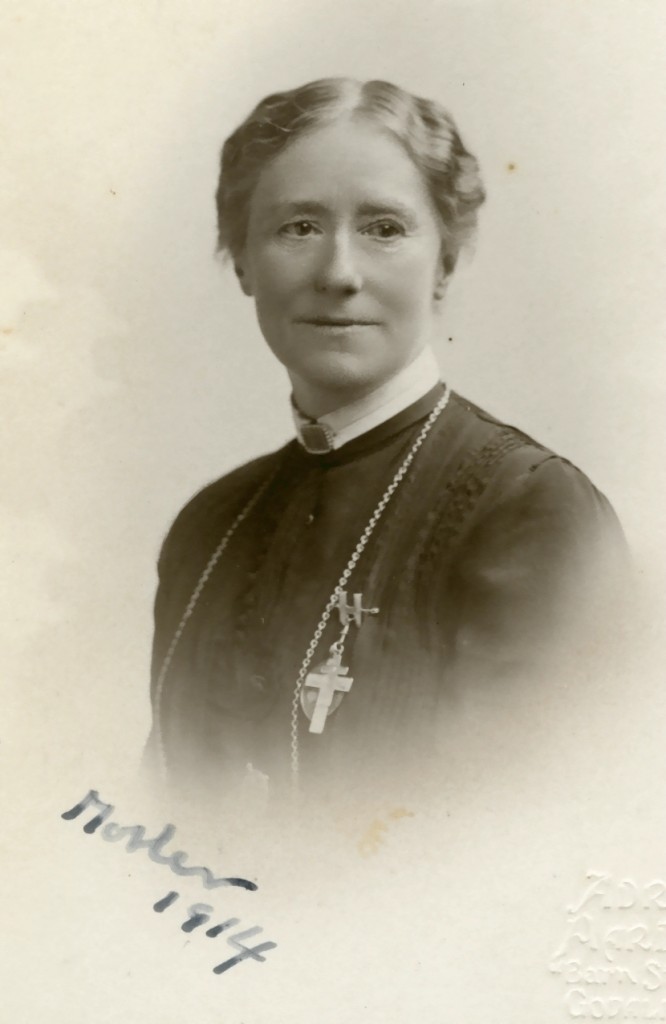 We can still see something of the little girl in the elderly lady who poses by a car in 1919. 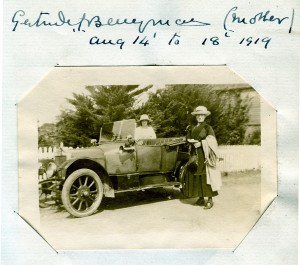 She lived well into her eighties, looking after several of her grandchildren while their parents travelled abroad and she died in the mid 1930s. 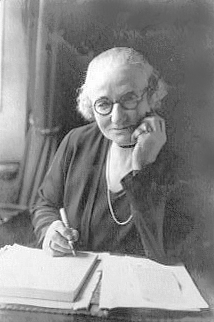