Paul was one of the younger brothers. He joined the Navy at 14 or 15 and had been serving for ten years or so by the start of WWI.

His letters are mainly to his mother, and they are quite different to his letters to Ted whom he seems to have been close to.

Unnervingly, most if not all of the photographs of Paul as a child show him in a sailor suit. Did he want to go into the Navy, or do we see Gertrude’s firm hand directing him from early childhood? 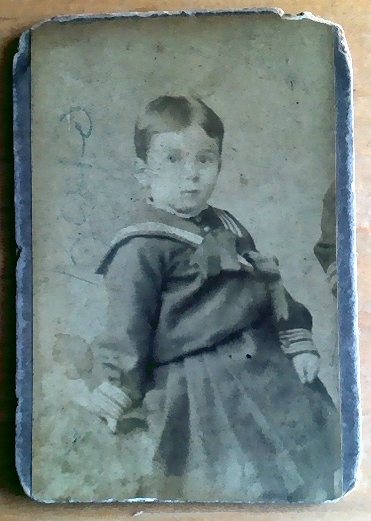 Paul in a Sailor Suit

Once they’d grown up, the Berryman brothers clearly had a lot of fun. 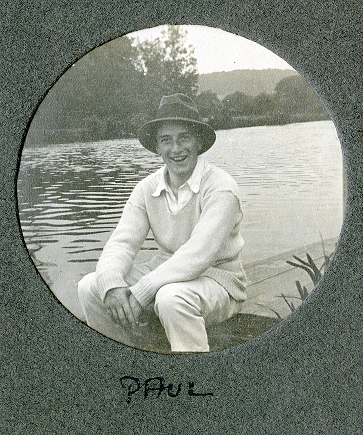 Here they are messing about in boats in 1910 with a girl called Madge. (Did the hat survive being that close to water, one wonders) 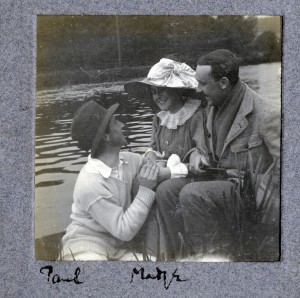 Paul often dates his letters to his mother by the church calendar, acknowledging her Christian faith which he may or may not have shared, he discusses family news and he tells her about about VIP visitors to the ship. His letters to Ted describe the actions the ship is involved in and the frustrations of the Naval war.

Paul was the first of the brothers to see any action, serving on the HMS Gloucester who chased the Goeben and Breslau through the Mediterranean to Turkey in an exciting action with the unsatisfactory result of the two German ships being acquired by the Turkish Navy. 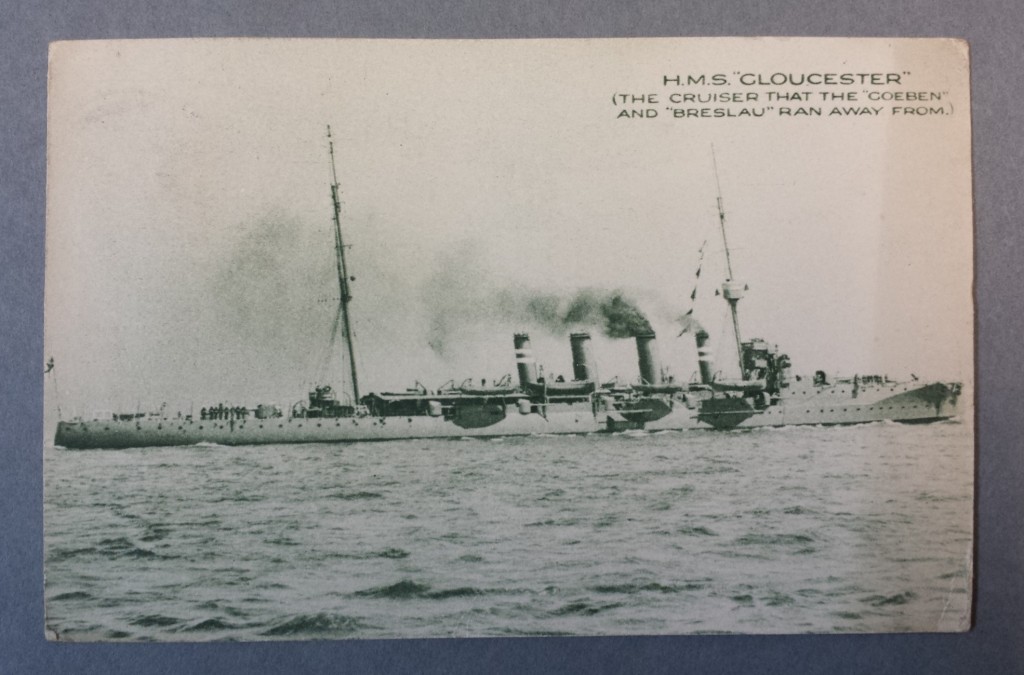 One of the benefits of doing this project now, is how easy it is to link to other information on line. For example, here is a list of log-book pages from the Gloucester which also saw action in the Atlantic, South America and the North Sea: http://www.naval-history.net/OWShips-WW1-06Gloucester.htm.

HMS Malaya and the Battle of Jutland

Paul was transferred to the newly built battleship, HMS Malaya, and spent most of 1915 and 1916 in Scapa Flow in Orkney before being re-deployed to Rosyth on the Firth of Forth. They were patrolling the North Sea to protect Britain’s eastern coast from naval shelling, and Paul’s longest letter is the one he wrote to Ted about his participation in the Battle of Jutland on May 31st 1916.

His letters to his mother throughout this time talk mainly of his health (he had a lot of sports injuries, rashes, abscesses and infections), the hockey and football he played. the amateur theatricals he participated in, and the occasional visits to the fleet by “parsons” and bishops. Without access to the Malaya’s logs, it’s impossible to tell how much he was self-censoring. The British Fleet continued to patrol the North Sea throughout this time, though the German Fleet did not leave harbour en masse after Jutland.

Once the Malaya was in Rosyth, Paul saw a lot of the Conway-Gordons who seem to have been friends of Gertrude’s or maybe friends of the family as a whole. Early in 1917 he became engaged to their 22-year-old niece Nancy Swann who came from a strongly military family.