Jim was the second eldest 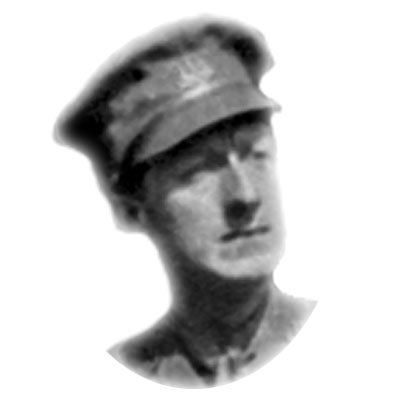 I am grateful to Robert Clark of www.researchingww1.co.uk for most of the information here.

Jim was in the Cadet Corps at Lancing College where he went to school. On 7th June 1909 he went to Portugal; he was 27. He had already joined the firm Taylor, Fladgate and Yeatman, still known for Taylors Port. There was a family friendship with the Yeatmans who were leading the company at that time: his sister Ben was called after Benedicta Yeatman and Julian Yeatman, co-author of 1066 and All That is mentioned in the letters. Jim’s service file notes that he had a “Thorough knowledge of the Portuguese language”.

Jim was still in Portugal when he decided to join up; he came back to England and enlisted on 11 September 1914.

The Public Schools Battalion was formed on the 1 September 1914, composed initially of men who had been to public school.The 6/Middlesex were camped at Kempton Park Racecourse and  the first of Jim’s letters that we still have was written while he was adapting to Army life there. In December 1914, he Battalion moved to Warlingham, Surrey and he wrote home from nearby Woldingham. Being so close to Guildford, he may have seen Gertrude frequently and rarely needed to write, or she may not have bundled the letters written in England with the rest of their wartime memorabilia.

In the autumn of 1914, the army was stretched to breaking point by the sudden influx of volunteers – 100,000 in August 1914 and another 175,000 in the first week of September. There were shortages of uniforms, equipment and trained NCOs and officers. Additionally it was one of the wettest winters of recent times. Many of the new recruits found themselves increasingly bored and frustrated.

On 17 February 1915, Jim applied for a temporary commission, recommended by his commanding officer Lieutenant Colonel Hamilton-Hall. On his application, he  said he wanted to join the 18/Middlesex which was a war raised pioneer battalion. Pioneer battalions were a new idea and were intended to provide skilled labour to relieve other infantry battalions from non-combat roles. In September 1915, the Battalion was training on Salisbury Plain preparing for its eventual departure to France.

A medical board, convened on 23 September 1915, deemed James unfit for general service for a month. Shortly afterwords he received an adverse report from his commanding officer, followed by a request that he be transferred “to another formation”. He was duly transferred to the 25/Middlesex, a reserve battalion formed in October 1915 and on 23 October he joined them in Hornchuch in Essex.

I am not clear how much of the above correspondence Jim would have seen though it seems from the letters that his brothers at least, and possibly his mother, were unaware of it. Certainly, my mother was unaware of this part of Jim’s story when she collated the letters in the 1980s.

Jim got married to Sheina Hellier in the autumn of 1916. Sheina wasn’t an existing friend of the family, and their wedding seems to have been beset with Jim’s usual vagueness and lack of organisation, with Ted and Paul frequently commenting about changes to date and the venue. Richard’s solipsism was such that he hardly mentions her at all.