Most of the letters are from the third brother, Ted. The letters we have are mainly to his mother but also to his sisters Ben (Benedicta), Dreda (Etheldreda) and Jinny (Jane), and later to his fiancée Nell. He obviously wrote to his brothers too because Richard and Paul refer to receiving letters from him.

Like his brothers he’d been to Cordwalles prep school, then he got an exhibition to Kings in Canterbury. 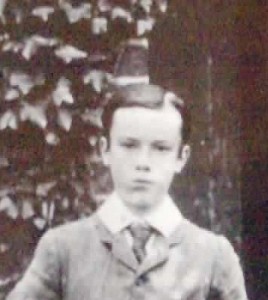 At Kings he was in the First Fifteen for Rugby and was:

A light forward, but works well, and is the best dribbler in the team, though rather slow. 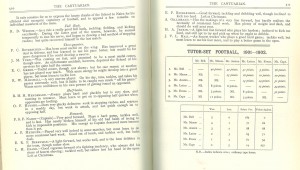 After leaving Kings he went to Sandhurst 9n 1903 and then into the Army. In due course he became a junior officer in the 39th Garhwal Rifles, a regiment in the Indian Army which is based in Lansdowne, a hill station in the United Provinces high in an astonishingly beautiful region of the Himalayas near Nepal. This was a major move, and in December 1914 he observes that he hasn’t spent a Christmas in Europe since 1903.

In the summer of 1914, he was Adjutant to Colonel Drake-Brockman and acting as his “personal staff officer” (as Wikipedia describes the role). His sister Ben was staying with him in Lansdowne.

The Garhwalis mobilised in September 1914, travelling by ship to Marseilles and by train to the Western Front where the Indian Army was holding a third of the British line. Poor logistics meant that they spent the winter of 1914/15 – one of the harshest on record – in their tropical uniforms made of cotton, deployed for 20 days at a time in trenches that came up to their shoulders and water that came over their knees. Ted wrote home about the Christmas Truce, which he took part in, about the VC won by Darwan Singh Negi, and about his involvement in the Indian Army’s main engagement at the Battle of Neuve Chapelle. He was wounded in May 1915 and sent back to England. By mid-summer he was well enough for light duties and sent to train Territorials in Gloucester where he met 17 year old Nell Fielding at the beginning of September 1915. They became engaged on the anniversary of his first day in the trenches at the end of October 1915. At the end of November he received orders to go to India and he started on his journey in the middle of December. 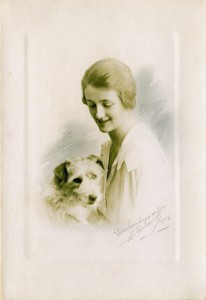 The sinking of the SS Persia and India in 1916

On the 30th December 1915, Ted was on board the SS Persia when it was torpedoed just off Crete. He was the last person into the boats, having rescued a drowning French woman, an act for which he was to receive a medal from the Royal Humane Society. They were rescued during their second night at sea. Ted then spent part of 1916 in Egypt before being sent on to India. He worked at the regimental head quarters in Lansdowne while they were recruiting soldiers, and the regiment was then deployed to Delhi to be part of the Vice-Regal entourage. This as an odd time for Ted: he played tennis and went to a lot of parties, but he experienced survivor’s guilt adn was frustrated about being out of the action. He saw the Somme film at the end of 1916 and found it good but said it recalled horrors he preferred to forget. One of the more amusing sub-plots of the letters is his request that his mother should send him his dress sword to wear at Vice-Regal events, a task complicated by the additional paperwork involved in posting a weapon abroad during a war.

Early in 1917 the Garhwalis receive orders to go to Mesopotamia to try to gain control of the Arabian peninsular with its oil fields and its dominance of the short route to India via the Suez Canal.

We have his weekly letters to his mother but not his daily letters to Nell whom he had not seen since December 1915.