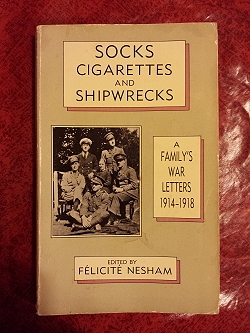 My mother edited the letters and published a selection in a book in 1987. As you can see, my copy has seen better days.

Here is the back cover blurb:

When Charles Berryman, vicar of Yorktown, Camberley, died in 1901, he left his widow, Gertrude, to bring up their ten surviving children. The outbreak of war in 1914 found the five sons scattered across the Empire and a daughter visiting two of her brothers in India. Ted and Paul had already embarked on their peace-time careers in the armed forces and their main anxiety was that the ‘show’ would be over before they had a chance to join it. In the event all five boys saw active service and wrote home as regularly as circumstances allowed. Many of their letters survived and are presented here with enough additional background information to enable a modern reader unfamiliar with the First World War to follow the course of events.

Homely details such as socks and cigarettes are interspersed with shipwrecks and and battles, including Paul’s graphic description of Jutland and Ted’s illustrated account of the 1914 Christmas Truce. Occasionally chance would bring two brothers together and when Dick, the eldest, met Topher in France, Captain R.C.P. Berryman applied for Private C.G.P. Berryman to be his groom, thus keeping his youngest brother touchingly under his eye. The tedium of war emerges as well as its dangers, and away from the various fronts there was also time for romance.

Historically these letters cover the First World War and its aftermath, but they are just as much about a family whose affection for one another is summed up in the concluding phrase of most of the letters: ‘Love to all at Home…’ 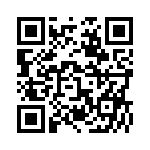 3 responses to “Socks, Cigarettes and Shipwrecks”