March is photo month. I am going through the family albums  when I visit my sister to blow the dust off the boxes in her attic. My mother had plenty of photographs to choose from for the book of the letters she published in the 1980s so I am hopeful my sister still has them all.

If she doesn’t then Chris and I hope to visit the Imperial War Museum to go through Ted’s archive and Paul’s archive there to get scans of some of the original letters and postcards, and some of the envelopes including the one where Gertrude wrote tersely “Letters from my shipwrecked sons”. While Chris was transcribing, the letters he also spotted some other records in other libraries he wants to look up while we’re in London.

And then I shall go and visit Ruth’s daughter in May to go through her boxes of letters, photographs and other records.  The images currently on the site are photos I took in 2010 of her photographs so I know she has some wonderful stuff. I can also record some interviews with her about each family member to get some good biographical material – when they were born, what they were like, what happened to them after the war.

It’ll be a treat to have more than these blurry images to put on the site: 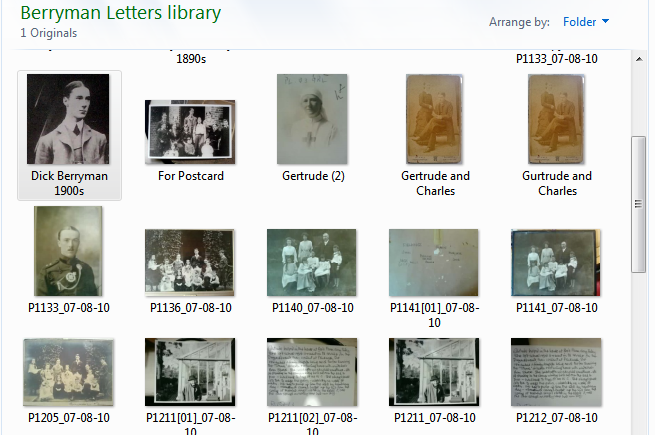 Posted by Family Letters on 3 March, '14 in About