At the Imperial War Museum

We spent a couple of days last week at the Imperial War museum. I hadn’t realised that the archives and reading rooms are still open by appointment during the refurbishments. But we were able to visit the letters.

Although the letters are archived as two collections, they are in fact stored in five boxes.  Even seeing the five boxes was moving. 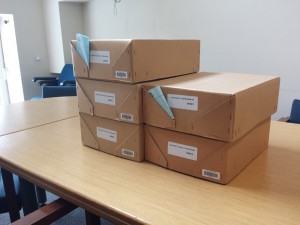 The Berryman Letters at the IWM

The room was small and at times very full. My sister and niece were there and Chris was there too checking some specific transcriptions.

There were some particular highlights for me. Being able to get reasonable photographs of some of my grandfather’s illustrations, such as this one of the cramped conditions in the trenches, for example:

I hadn’t seen the letters since the early 1980s when my mother was working on them for the book Socks, Cigarettes and Shipwrecks and I didn’t pay much attention then.

One thing I noticed this time was the palimpsest nature of the record – the photograph below shows a letter from Ted, the note that his mother Gertrude wrote on the envelope, the note that my mother wrote on another envelope and the folder the IWM stores them all in. And now I am publishing the letters online adding another layer to the record. 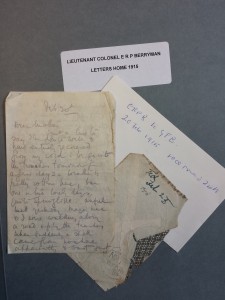 We found so many things that I am still absorbing it all. I am angered by the cruelty of the telegram that came on two sheets of paper the first one of which read:

Regret to inform you that your son Captain E.R.P Berryman 39 Garhwal Rifles officially reported admitted to no 3 London General Hospital Wandsworth common 10th May suffering from 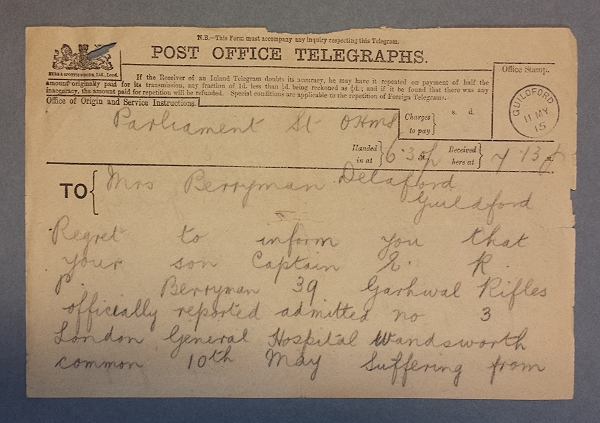 But I was charmed by many of the letterheads such as this YMCA one saying “for God, for King, for Country” 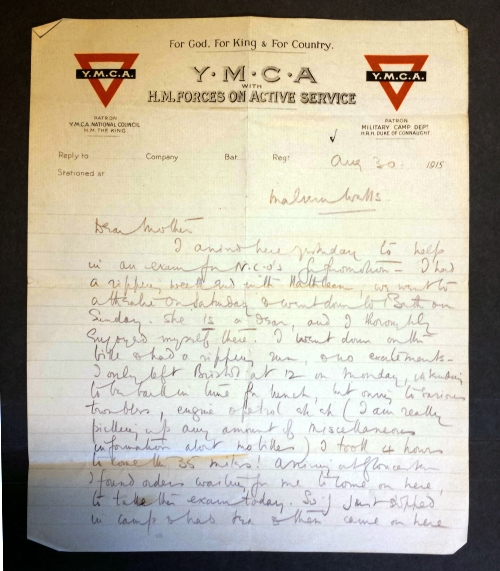 I am endlessly grateful to the anonymous transcribers in the 1980s who typed the letters. without them, and without Chris, this project would be impossible.

It was too much to absorb at once, and in fact too much to photograph. (We found photographs, maps and postcards, cartoons, letterheads, news clippings: far too much for the time we had there). So I need to go back. This is frustrating because I live at the other end of the country. But at least I have a better idea what is there and what I want from the collection for the website.

The Imperial War Museum posted a request for haiku this weekend, and this was my response:

Grandfather’s letters
from trenches, ships and deserts
safe for the future 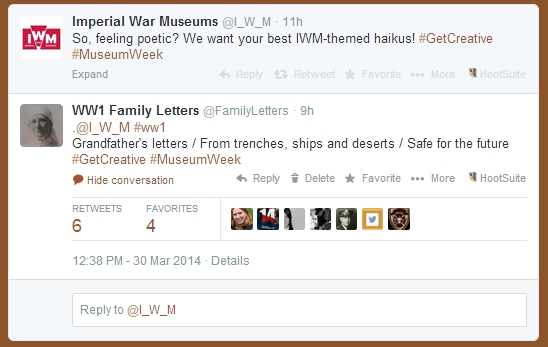 Posted by Family Letters on 31 March, '14 in About, Imperial War Museum, WWI

4 responses to “At the Imperial War Museum”