Let’s do the Time Warp Again

One of the strangest things in this project was seeing a photograph of the family when they were in their 70s and 80s. I am so used to them as relatively young men and women, in their 20s and 30s, writing of war of course, but also of engagements and motor cars and pretty girls and dashing young men, that it was a jolt to see them as old people. Though it’s amusing to see that they still didn’t look straight at the camera. 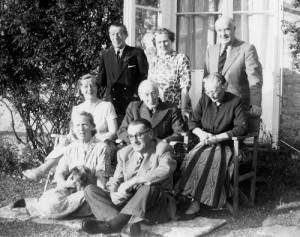 As children we used to refer to the older generation as the “old and bold” but I have been thinking almost exclusively of them when they were “young and brave”. Chris (who is transcribing the letters) and I talk about them by their first names and this disorientated my older sister who remembers the surviving members of the family that much better than I do. But I am used to them in their prime, whether that is Paul, messing about in boats when he was 25: 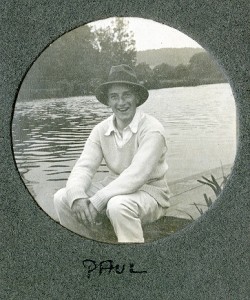 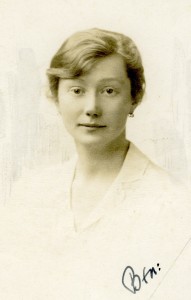 Dick looking pleased with himself having just won a horse race: 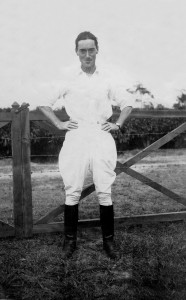 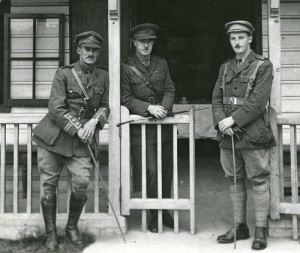 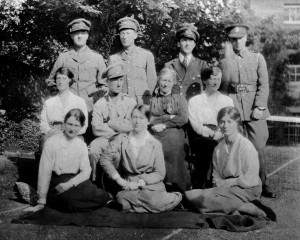 When I am not thinking of them as young adults, I am thinking of them as children, so I shall round this post off with a photograph sent to me by a cousin a month ago. I think this must have been taken in 1892 or so, simply because there are nine of them. I love Gertrude’s boater but, sure enough, Paul is wearing a sailor suit. 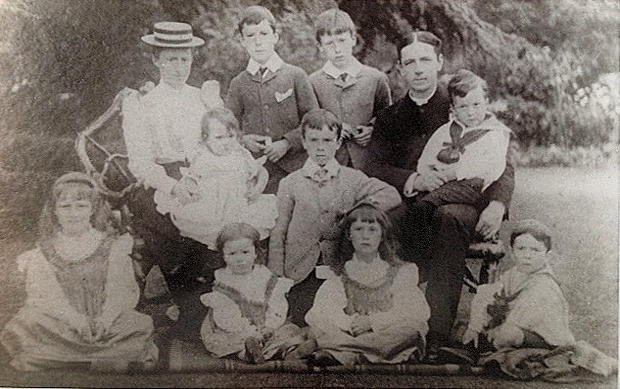 The letters start in July, each one published on the centenary of the day on which it was written. There are about 600 of them, and they show first hand accounts of many aspects of the First World War.

Posted by Family Letters on 18 April, '14 in About