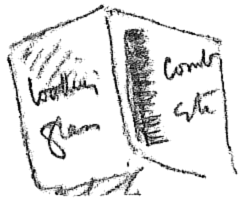 V. many thanks for your letters- at last we got a mail two days ago – letters up to the 18th which is really rather good, and we hope to get more to-morrow.

This war is really terrible isn’t it- the worry & suffering that must be going on at home is really too awful to think of, and we are still ages behind in news. I do think it awfully fine of everybody to volunteer so quickly – everybody is doing their little bit now I suppose.

Our latest news is that the Germans are well into France now, so if they get anywhere near Paris there will be some trouble, and will prolong the war ever so much.

Yes. I wonder what Ben will do – Will she go down to Assam & stay with Dick?

We are wondering whether the Goeben & Breslau will come out of the Dardanelles- but there seems to be an idea that they will go up to the Black Sea – an awful nuisance – as then we won’t be able to have another go at the Breslau. Did you see the account of our chase in the Daily Sketch of the 18th, try & get one if you did’nt.

Good night mother. My very best love to you all & I hope you are all well. I am very well.