Very many thanks indeed for 3 letters and various papers- including the Saturday review – which I got from you yesterday. I am arranging with Cox to send you £5 to pay for all the various papers you are constantly sending; as you have sent me the weekly times & the pink papers all along so I must owe you a good deal. I find the Saturday Review most refreshing, & it seems a nice straight forward sensible paper.

Your letters were dated March 28th & April 4th, the latter being addressed direct here, c/o India office. I think I have told you since then have’nt I that M.E.F. is sufficient, at least it’s best to put it in full, otherwise it might get mixed up with the Mediterranean E.F.

Many thanks for the Easter Card, and the accounts of the Tyndareus. They behaved magnificently those men did’nt they and you must be proud to have a son in the regiment; all such new soldiers too I suppose, & I think their discipline was wonderful. Fancy Jim going to Singapore after all; praps he’ll wander into India from there, in fact I think it counts as part of India for Garrison duties.

Yes poor old Nell writes to say that Gladys got measles which effectively prevented her from going to you at Easter, but I hope she’s managed to fit in a visit since. Really everyone seems to have measles nowadays and everyone writes & comments on it.

I see in the papers they mention the great scare there was when all those officers were recalled suddenly, & rumours of raids and invasions were rife. It seems that the people in the know are fully alive to the possibilities of an attempt at invasion; not that it would come to anything if they do land, as they would soon be cut off from all supplies, though they might do a certain amount of damage for a short while. But I think you can trust the navy & the East coast defences to see us through all right.

I have’nt much news to tell you; we are still in camp here, and are quite comfy, though it is beginning to warm up a bit now. This year they are taking no risks and they are building lots of huts for troops to live in during the hot weather, and have given us all big tents like we had in Delhi last cold weather, which of course is much more comfortable & healthy, as they are much cooler.

The air is rife with rumours of our marching on to Baghdad soon, but I don’t know how much truth there is in it. I don’t think I’m giving away military information in saying this, as after all we had got Baghdad & there’s precious little elsewhere to go is there! I should like to march up very much, as we should go all over the ground made famous by Townsend & his defence of Kut, and where all the fighting in the attempted relief of Kut last year took place, & where the successful advance by Genl Maude’s army was made quite recently, & it would be most awfully interesting to see all the places one has read so much about.

Many thanks for sending off the parcel you say you have despatched: It has’nt turned up yet but I’m sure it will be most welcome when it does, but I believe parcels always take a long time reaching us out here. The cable I sent you was sent from KIAMARI which is really Karachi, it’s the name by which the docks are known. I sent it just before we sailed on the 23rd, so it took its time about reaching you; what a funny way to send it by post from Gib, but I believe all the cable lines are frightfully blocked nowadays.

Another noticeable thing in all home news nowadays is the severity of the winter. Falls of snow and hard frosts seem to be the order of the day, and Nell writes of some glorious bright winter days down in her part of the world which made me feel very envious. Dot Massy was most amused when I told her you remembered her skirts, & said she remembered them too; she’s very dressy nowadays, a trifle outrée at times I thought, but quite smart.

There seems to be a lot of fighting going on in France nowadays, & especially in the air. Germany is evidently very anxious about the Western Front, & seems to be doing her utmost to keep us from breaking through. The slaughter must be appalling, but we simply must kill them off & so end the war quicker.

I see Prince Albert [the future George VI] has been appointed to the Malaya, so she’s evidently a star turn in the fleet.

Much love to all 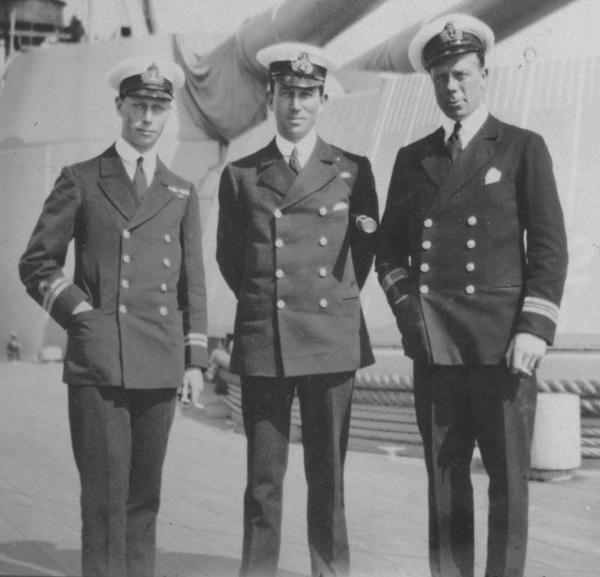 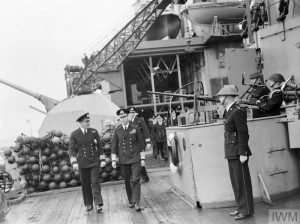