My dear Mother.  V. many thanks for your letter – yes they are rather depressing times just at present are’nt they – & the casualty lists seem to be so big too.

Awfully glad to hear Topher will be home soon- hope he won’t be disappointed again. I had a letter from Jim telling me he was off to France sometime – and was awfully glad – as he has had enough messing about as he called it.

Poor Mrs Perkins – she seems to have had a pretty rotten time at Lowestoft – I wonder they had time to get anywhere – dreadful for them it must have been.

We are still having jolly good weather too thank goodness – it does buck one up so during these monotonous days.

I’ve seen Mr Drew a good deal lately – he & I have been dining with each other – simply lovely it was seeing each other again – & how we talked.

Jane seems fairly busy these days – had a lovely long letter from her to-day.

There is really not much news – I am very fit-

with very best love to you all

There’s very little garden in the front of Delaford (assuming that it’s Delaford which Paul is writing about) but in a later letter Richard refers to the garden as being “opposite” the house. The house is now a business centre, the space in front is a car park and the building opposite it is a hotel. 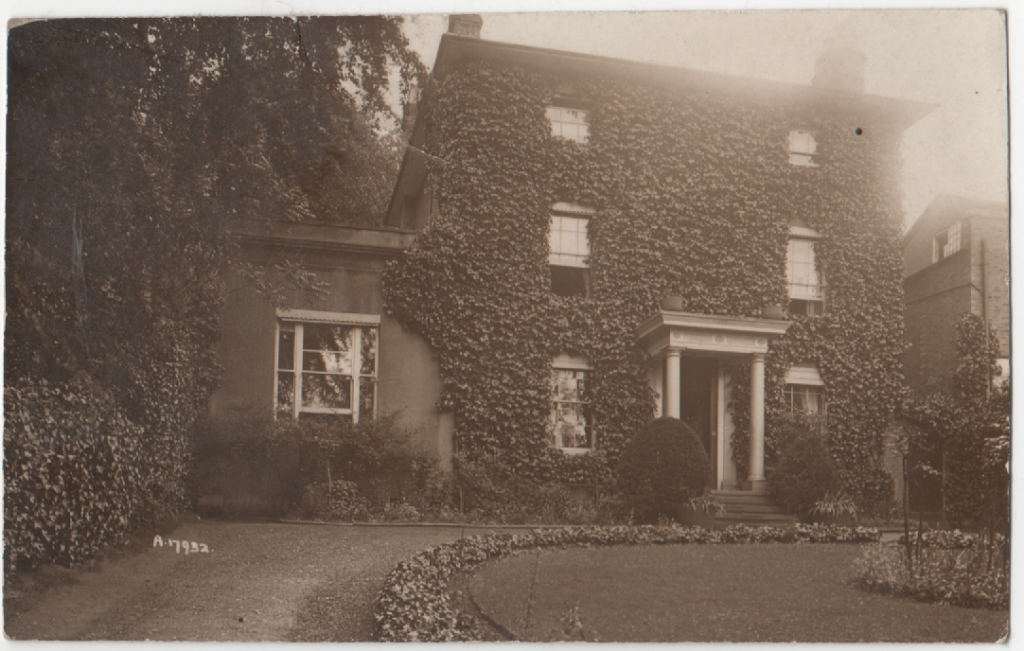 Posted by Paul Berryman on 5 May, '16 in HMS Malaya, Rosyth