This letter is from Nell’s Aunt Dodie to Nell’s sister Louie written on either Sunday December 5th 1915 or Sunday 28th November. Ted had orders to report to the India Office in writing, which he did on Monday 29th December. He was to sail on the SS Persia, leaving London on December 15th.

Are you having a good time? And how does the riding prosper?

My dear! What a to do you and Jack made over your drive to Gloucester. It really was dreadful. But HOW Jack would laugh if he could hear some of the reports! I certainly had a good old fright from our old post man. I met him the same afternoon and told him Jack was off again and his eyes almost came together and he gasped out “Not in the grey car!” My dear! I almost felt you in the infirmary or something tragic. Then he gave a me a graphic description of it all, the baker’s van in the bank, and the petrol tank whizzing round the bus which had been thrown in the air like a bomb etc. Also how he had to drag himself and bicycle into safety. And I said “But what about the car?” And then he finished up saying “and the car went on!” I wonder if you at all realised the scene? All the people go out of the bus. Martha Ballinger says she has not felt right since. The old post man was the best, and he is an old brick. He said “I did not tell them who I thought was in it!”

I dare say all my news is stale, but have you heard that Ben Ballinger has joined the Royal Gloucester Artillery. He is so proud of himself but will not be called up yet. I am going to send Eric Robinson’s address in this for you to give Jack who wanted it.

I hope you will forgive the scribble, but you must remember my poor bandaged thumb. I saw Mrs Birchall on Wednesday. Her children went home on Monday trying to make up their minds which they liked best, Captain Periwinkle or Jack Fielding. I called on Mrs Stephens this week, she really was quite nice and I had quite a nice time with her. Angela is very sorry about Nell’s engagement as she had been looking forward to seeing much of Nell and now feels Nell is very much grown up and out of her reach.

Well dear, can’t think of much more. Mrs Powel sends her love to you and Jack. Between you and me I think he [who?] is feeling very Sunday afternoonish and can’t think of anything else to say, but he says “tell Jack he made all the people in the bus bustle out”. I hope Jack will properly enjoy the jokes.

Jane had a new coat on. Quite nice. Kakhi colour. Three quarter. Very plain. And she can wear it with that old skirt she had of the same colour, and that way gets a complete outfit.

Much love to you and Jack

Dreda and Ben appear in Nell’s photographs that autum and so does “Jane”, but it’s not clear if Dody is referring to Jane Berryman or someone else.

There was still a Mrs Ballinger living in the village in the 1960s probably the daughter-in-law of Martha Ballinger. Martha’s husband Frank had died of tetanus poisoning in 1912, two weeks after working putting in fence posts. Her son Edward had been killed fighting in France in February 1915. Ben Ballinger survived the First World War and worked as a gardener. 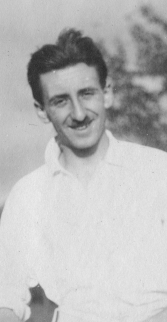 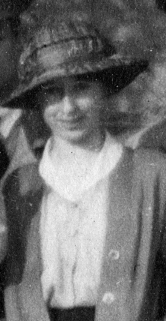 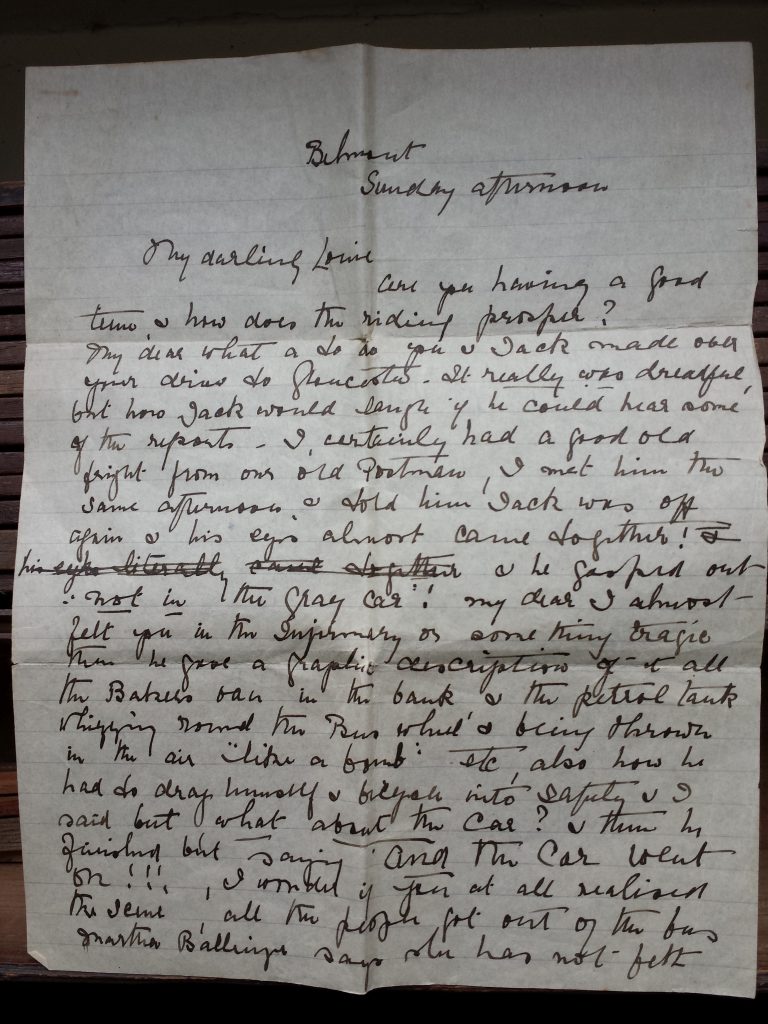 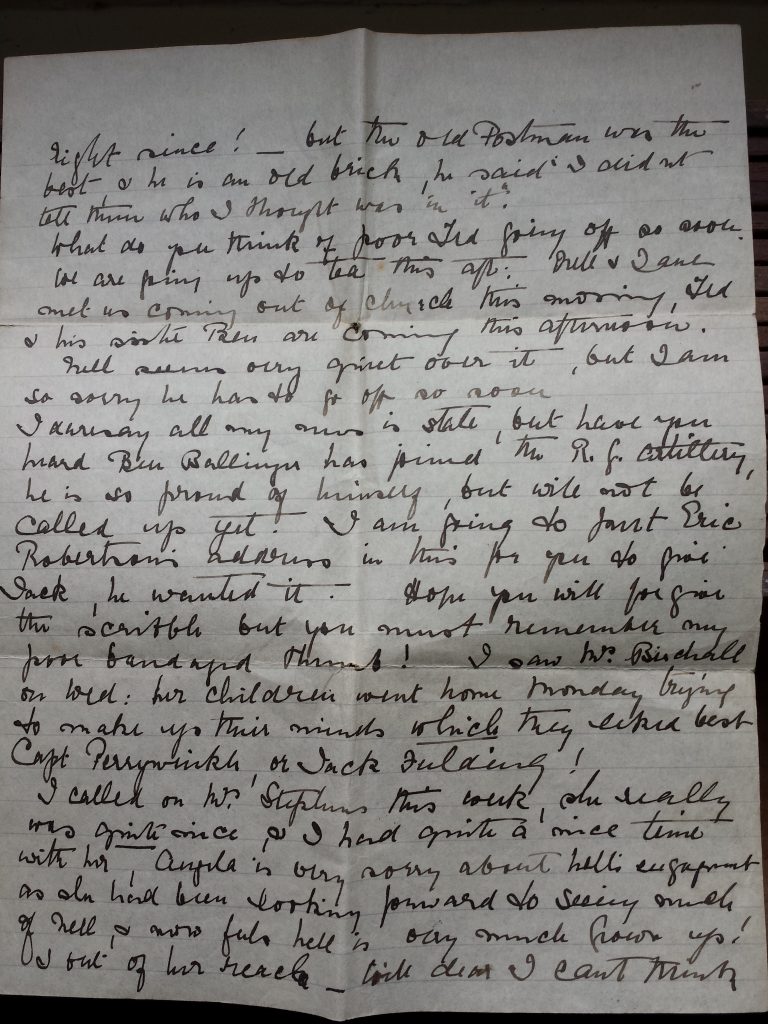 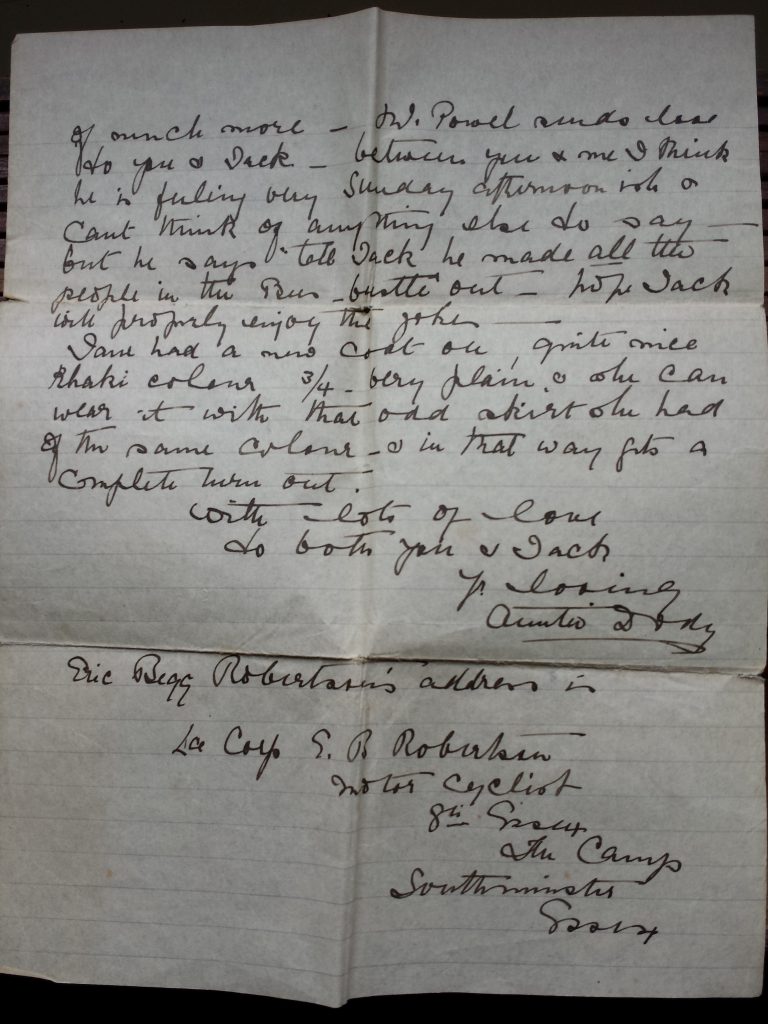 Posted by Others on 5 December, '15 in About