Many thanks for your letter. Of course I knew you’d get no mail from me when you wrote as it was the mail I missed when sur la mer. Even then I doubted if I’d get yours as the Sussex sinking seems to have upset a good many letters, & very few people got home mail. Anyhow yours arrived & John Bull & the Tasmanian letter. What a house party you seem to have had the weekend before you wrote, but what a pity they all missed Bud & Bunchie. So funny he should be so like Ted. I remember Jane used to talk about Beres & Madge.

How nice for Topher Gen Stopford speaking to him during that inspection. There’s no one else to send a photograph to yet. Did I say Mrs Laws, Ben’s friend in Assam. She wants one. I don’t want them out here.

I am writing today from our new bungalow. Just moved in. I am sick of the hotel I was in & four of us have taken a bungalow. Two Majors, one a great friend of Ted’s, a Capt & myself. They all belong to No 1 I.G.H. so I have deserted my lot, however as I have this mo-bike I can get to the hospital alright; though a bit further away than the hotel was. We are not mealing here today, but shall start tomorrow. It’s so nicely furnished & near the sea, so we get all the breeze.

A good idea has just struck me. You remember Mrs Sparrow at St Hilda. Well Mrs Williams the boss is very ill, dead I expect, & has chucked it. Now I suggest you get Mrs Sparrow as a servant. She won’t want much, & I’m sure the work you’ve got for her to do is less than she had there, & she’d be a great help & a nice old thing too. She’d love to come where Susan is as she’s so fond of her & you & she would hit it off quite well! Ben I have told about it. If Mrs S is not at St Hilda, Mrs Kelly of 5 Wharncliffe Mansions, Bath, would know where she’s gone. Mind you get her now if poss, as she’ll work like blaizes & be no trouble.

I wrote to Ted today, he and I correspond occasionally, but he seems hard worked with his office.

June is very well & is here with me now, quite at home in the new house.

Richard’s high-handed insouciance about Mrs Sparrow and Mrs Williams in these rapidly written letters is breathtaking.

General Stopford was the friend that Gertrude wrote to when she was asking for help with Jim’s commission – http://en.wikipedia.org/wiki/Frederick_Stopford

Madge was another family friend. Here Paul and Ted are flirting with her in 1910. 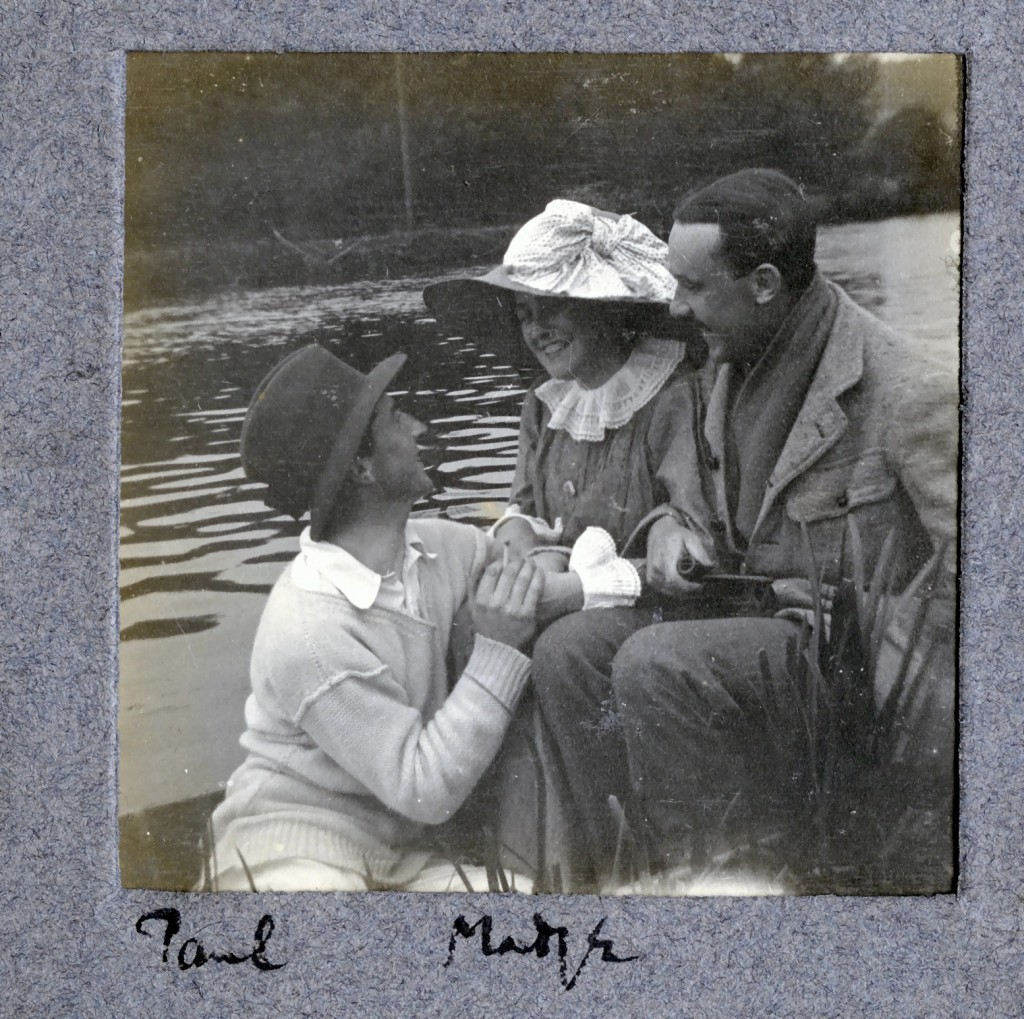 Posted by Richard Berryman on 19 April, '16 in About