Ted and Topher at school 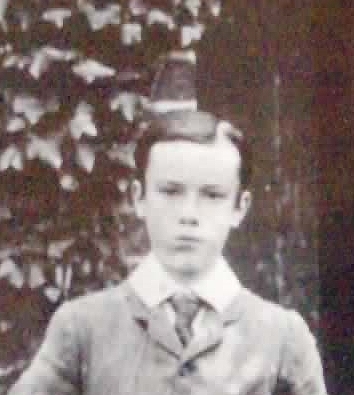 Ted and Topher went to Kings Canterbury, though they weren’t there at the same time because Topher was ten years younger than Ted.

I contacted all the boys’ schools a couple of months ago, and Peter Henderson who acts as the archivist at Kings sent me records about Ted and Topher from the school magazine and letters that they wrote to the school about their wartime service.

I particularly like the report from when Ted was in the school’s rugby First Fifteen in 1901 (see scan below).

“A light forward, but works well, and is the best dribbler in the team, though rather slow.”

Do look out for his team-mates: Deane was a

“Good vigorous forward of a fighting tendency, who always did his share of honest shoving”

and Huyshe was a boy who

“rejoices in a muddy day”.

This is charming until one thinks of Passchendaele.  That thought made me wonder what happened to Huyshe, and it turns out he survived the war and was a cricketer and schoolmaster. 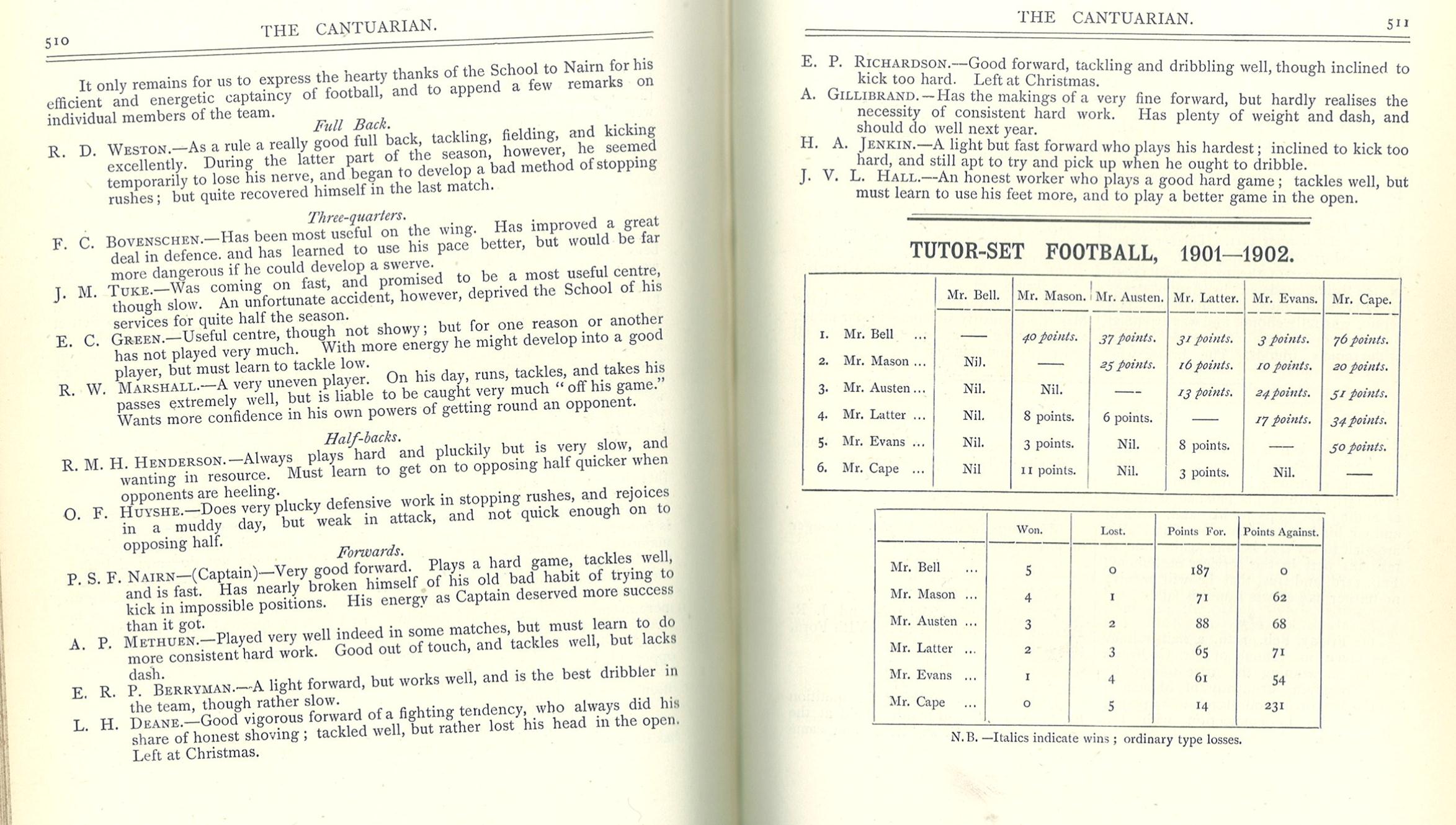 The letter that Ted wrote to the school during the war was full news of other old boys and I’ll put it on the site when its centenary comes around, though I’ll quote a bit now.  An O.K.S, was an Old Kings Scholar.

Two days ago there occurred what must be one of the shortest O.K.S meetings on record. We were marching down the road when we met a battalion marching the other way. Who should accost me suddenly from the ranks but Captain G. C. Strahan and as Macear was marching with my company, we had a meeting — the three of us — lasting exactly 15 seconds, just while our respective companies were passing each other, and the of course we had to break up our meeting and rejoin our commands.

He ends the letter touchingly saying

Best of luck to your all and when there are re-unions and O.K.S meetings “after the war” — that vague and problematical period — may I be there to see.

When Topher wrote, he was tireder; his war-time experiences were more unrelenting than Ted’s and it shows:

On the whole we have not had such bad luck, but we certainly have had rotten times. I shall be very glad when the war is over. To me it seems that it will never end. Where we are now the trenches are in the same place as they were at the beginning of the war.

I am very grateful to Peter for sending me these things from the school’s archives, it’s lovely to have a glimpse of the two of them at school.