V. many thanks for your letter.- So you have been having scares already – how frightfully exciting! All our fine weather is over it seems for the present – & the last 2 days we have had a proper gale blowing – Heavens it was cold – & the worst of it was we had to go to sea one night in it & I’ve never known this ship roll so much- we had to come back as it was too much- I haven’t got much in my cabin – but all I had was bumping about on the deck in the water & to add to the amusement – I had a bottle of some Eau de cologne that broke & all mixed with the water on the deck, so you can imagine the smell – I couldn’t help laughing though –

Rather sad – the other morning when we were coming into harbour we lost a man overboard – & we never saw him again- I wrote to George Moodie & got a letter back from him 2 days ago – he is at the front again.

What do you think of the latest German announcement? Doesn’t look safe for anyone to be on the ocean nowadays, does it. I hope they won’t last out much longer though.

I really have absolutely no more news. My very best love to you all.

Ever your loving son 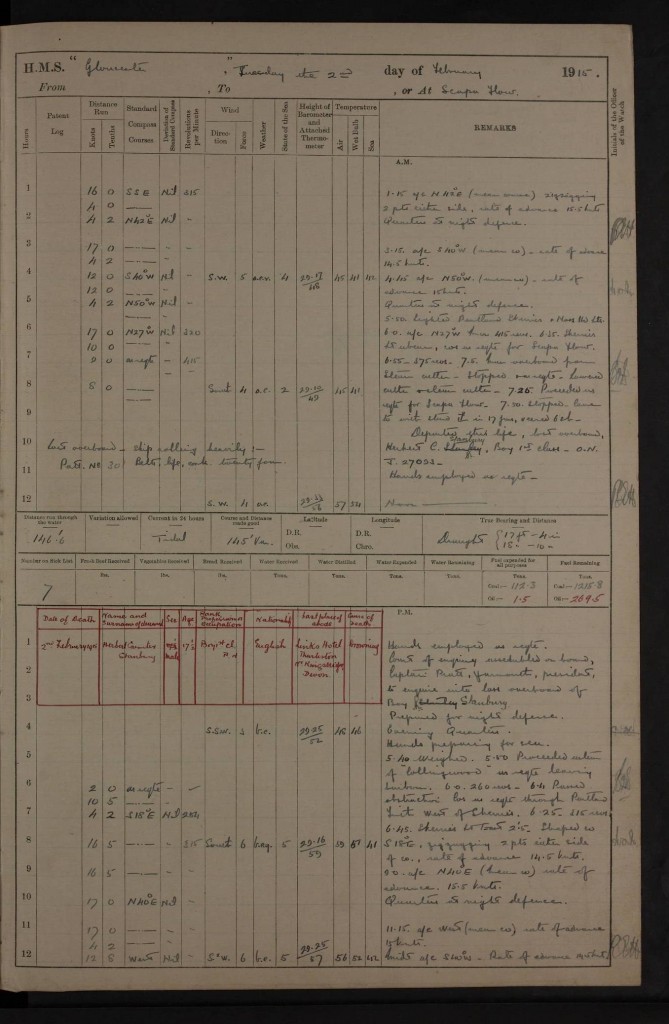