Very many thanks indeed for your letter dated May 2nd which I got yesterday. My dear, how we have all been laughing at the idea of Genl Maude getting a parcel with a pair of socks marked for me in them! A gorgeous idea I think; & my pals have all been ragging me, & all the troops will parade while I step forward & he hands them to me! As a matter of fact I don’t think any harm will be done & between you & me it’s just as well; you never know, even little things like that always help, & it may mean something to him if he ever hears my name again. No harm in being on sock-receiving terms with the G.O.C! tho’ I expect his A.D.C. will have most to do with it.

I’m so awfully sorry to hear about your bag & purse being stolen; rotten luck, & I know how you hate anything like that, especially as you say you lost one or two litte treasures in it. I lost my ring for 3 days the other day. I was bathing in the river & had taken my ring off & put it on the bank, under a tuft of grass; I forgot it when I came out but remembered it about 20 mins: later & went to get it but it had gone. One or two Arabs & people had been known to go by, & a thorough search revealed nothing, so I thought they must have spotted it & bagged it.

Next day I & some of the men had a thorough search, but with no results, & next morning while I was dressing my orderly brings it in to me! It appears, as Capon would say, one of our regimental police walking along there saw it quite by chance, & picked it up, thinking, he said, it was brass! & so kept it. He happened to show it to some pals, & one of them had heard about my losing my ring, so he came along & gave it to my orderly at once. Was’nt it lucky. Very silly of me of course to put it there, but it’s always a bit loose when my fingers are wet. I was most awfully distressed at the time & it quite worried me, & I was most frightfully pleased to get it back again.

Poor Capon sounds very ill, I do hope the baths will do him good. I should like to subscribe towards his treatment, if you’ll let me know about it, as he has always done me pretty well when I’ve been at home.

Hottish now, every day, & yesterday & today a high hot wind. But we must expect hot weather now, middle of June an’ all, though I believe July & August are the hottest months, but everyone seems to have different opinions on the subject.

Thank you for the cutting from the paper about the Indian Army; most interesting, & though it all seems so long ago now, still it’s nice to know one’s little bit has not been forgotten. I suppose things were rather bad just then.

Yes, I’ve promised to be godfather to Dolly Dawson’s son, but I’m afraid they won’t get my letter anything like in time, but Ben tells me they are taking it for granted I shall agree.

Very little news here. They have made me a Major now, from April 8th. It’s acting rank only, but with pay as a major. It’s because I am – or was then – 2nd in command, and on field service they give you the acting rank of major when 2nd in command (if you are not one already) & full pay as such, very nice. But when the war stops, or if I leave the rgt: for any reason, sick wounded or go to a job, then I drop the rank & revert to captain; & my successor in the job gets the rank & pay, after waiting 15 days from the date of the vacancy. That’s why I had to wait till April 8th, 15 days after sailing from India. Previous to that I had been 2nd-in-command since last september, but as we were not on F.S. no promotion was admissible, see?

Things are going well in the west, but Russian affairs seem very shaky don’t they. And I’m afraid you’re not having very cheery times as regards food in England now, but I think the nation is playing up on the whole, & it won’t last very long now, & we’ll soon all be back on full rations again.

More of Ted’s photos. After adding these to this letter I checked the original albums and saw some of the photos were captioned and appear to have been taken in Egypt in 1916 instead of Mesopotamia (Iraq) in 1917. I’ve left them with this letter and updated the captions accordingly. 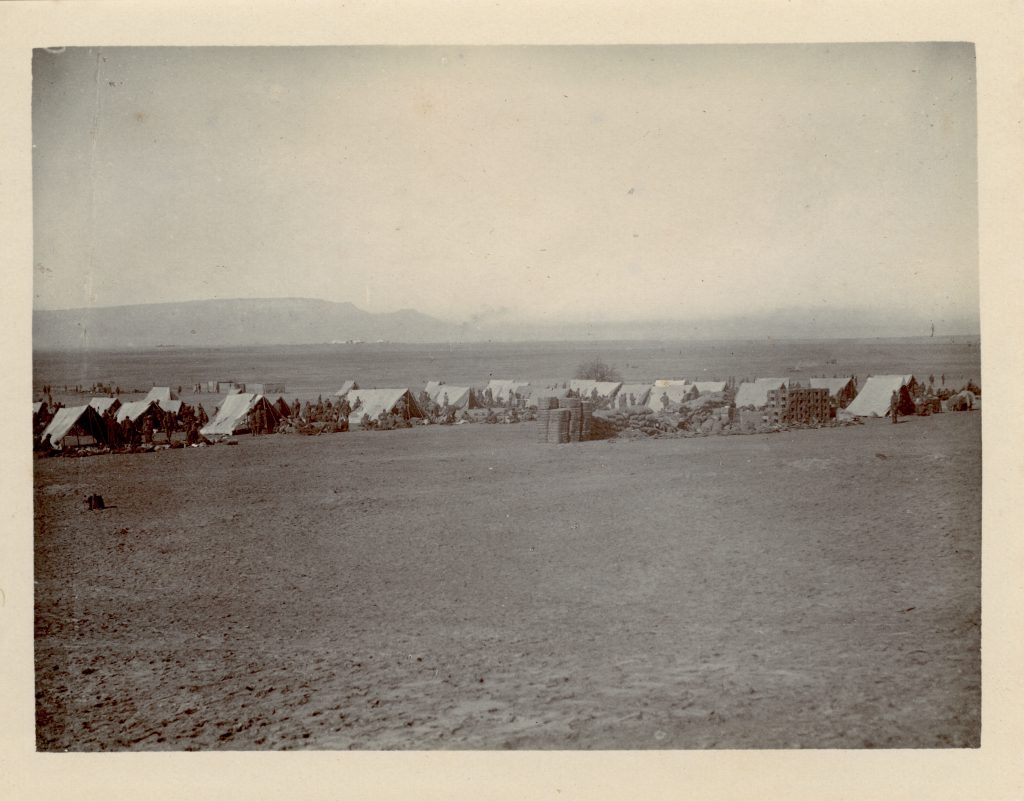 “Camp at Ain Musa: Gulf of Suez in Background” – with the Garhwal Rifles in 1916 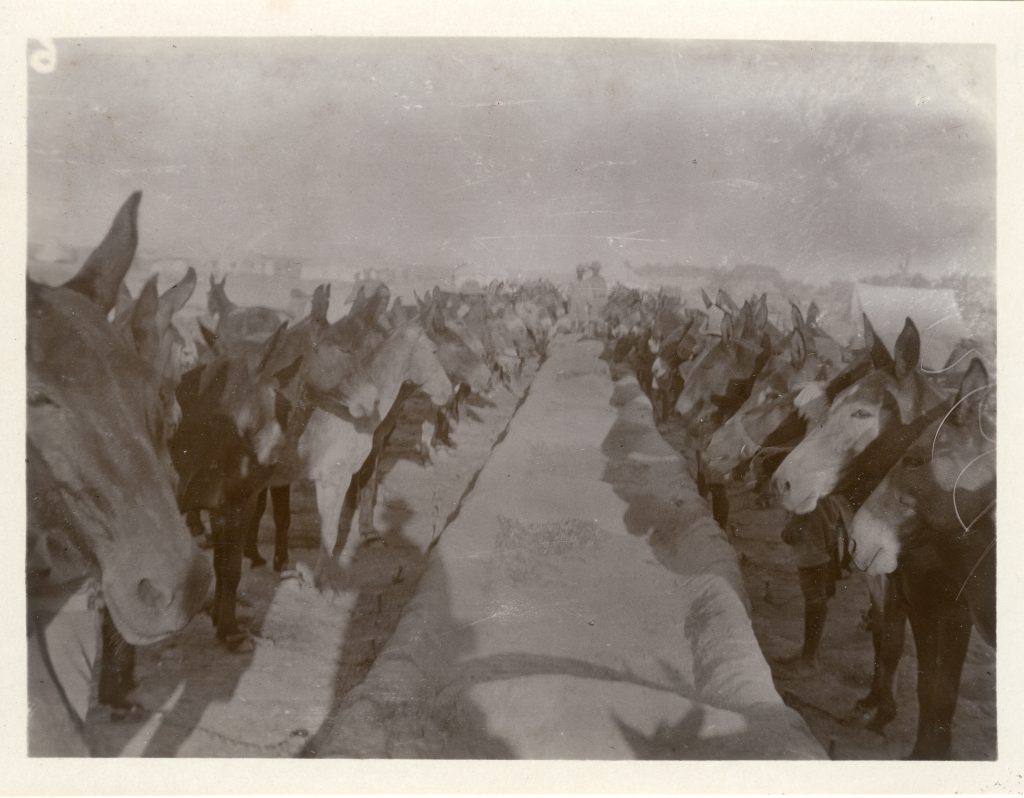