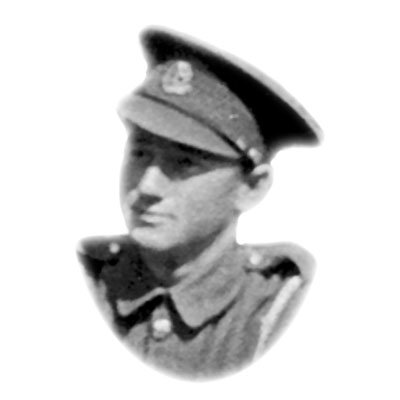 (Chris)Topher was the youngest surving boy, just 21 at the start of the war, he would have been very much a child when Richard and Ted left for India, and Paul, only four years older, had joine the navy when Topher was 10 or 11.

Topher struggled at school coming bottom of his academic classes but behaving well. His letters home talk of headaches; perhaps he had childhood migraines, perhaps a rarer condition such as Irlen’s Syndrome, perhaps he was dyslexic. Or maybe there was nothing wrong with him and he was just “not academic”; someone has to come bottom of the class.

By the time the war broke out he was working on a farm in Argentina. He had a stammer and when he came back to Britain in 1914 to sign up he asked nervously “Is there any m..m..mud at home?” worried that he was in trouble because he was throwing away a job that had been hard to find. There wasn’t – at that stage in the war he was seen as a hero.

He served as a Private, and though few of his letters survive, his brothers often mention him with concern. As a Private he got less leave than the others, and he clearly felt the strain of serving a long time on the Western Front. None of them say “shell-shock” and the term “PTSD” is a modern one, but they do talk of “strain” rather a lot. On top of which, it must have been difficult for him having so many heroic elder brothers.