Ben was the eldest girl. 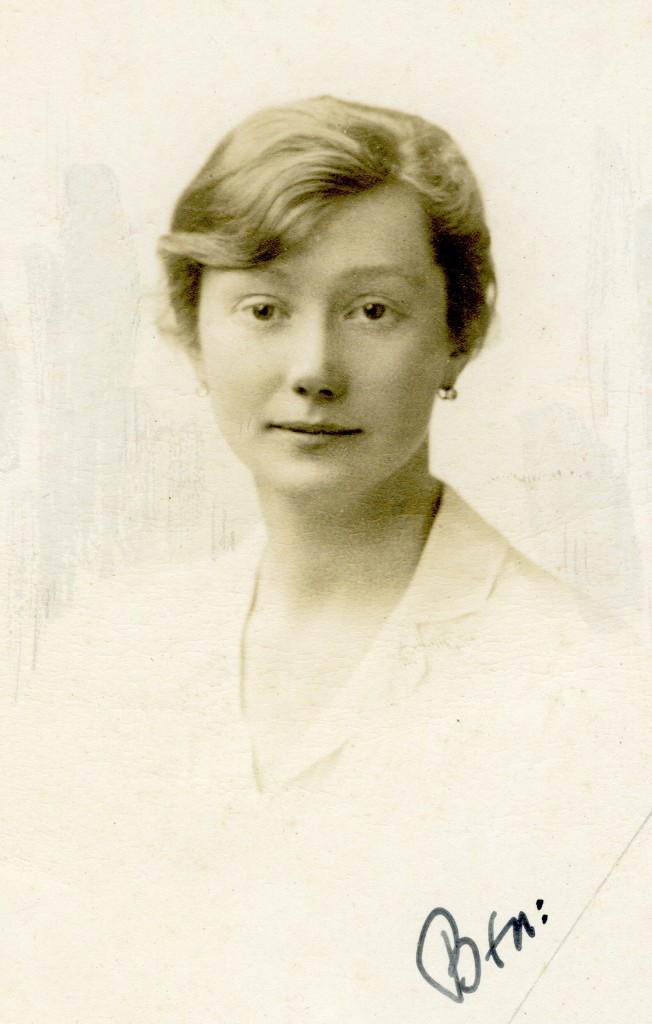 In 1914 she was part of the “fishing fleet” of single women who went out to India to stay with their brothers in the army, or the colonial services and meet their brothers’ eligible friends. 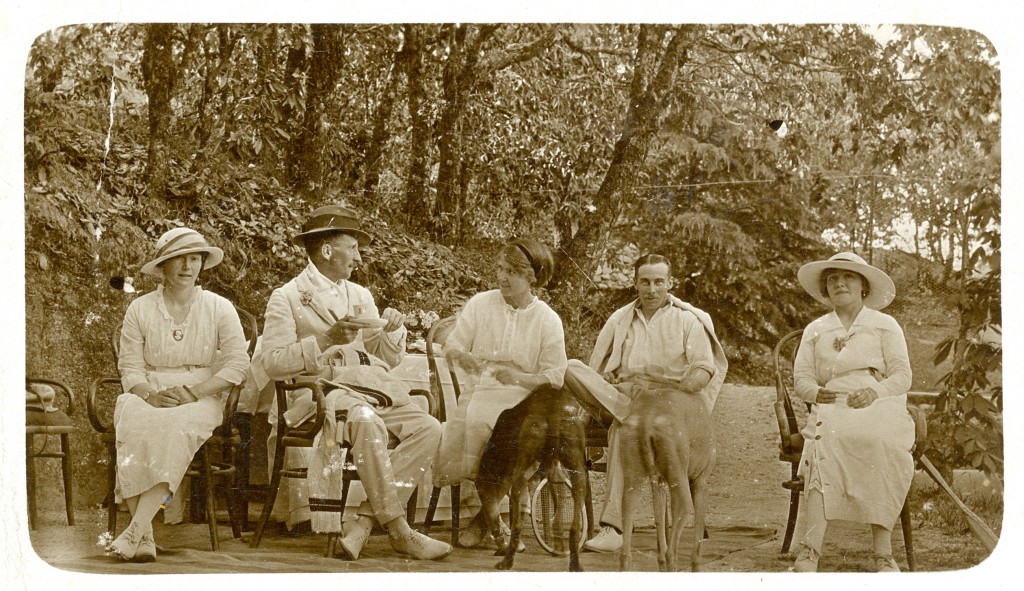 Tea and Tennis in the Raj

At the start of the war she was staying with Ted in Lansdowne, high in the Himalayas in India, and she wrote long nervous letters to her mother about getting home to England.

Within weeks of getting home late in 1914 she became engaged to Ivan Bennett, known as “Wiggy” or “Wiggs”, who was five years younger than she was. They must have formed an attachment before she went to India – perhaps she went there to “get over him”.

We don’t have her letters after that, but Ted continues to write to her and we hear news of her and her love story with “Wiggs” in the letters her brothers write to their mother and each other.

The Berrymans accepted her engagement, albeit reluctantly, and we think this is Ivan, smoking a pipe and perched on the left of the saddestone with Richard. Ted is standing behind them, and Topher and Jim are sitting on the ground. The photograph was almost certainly taken in March 1915, since there are no leaves on the trees but there seem to be daffodils in the flowerbed. 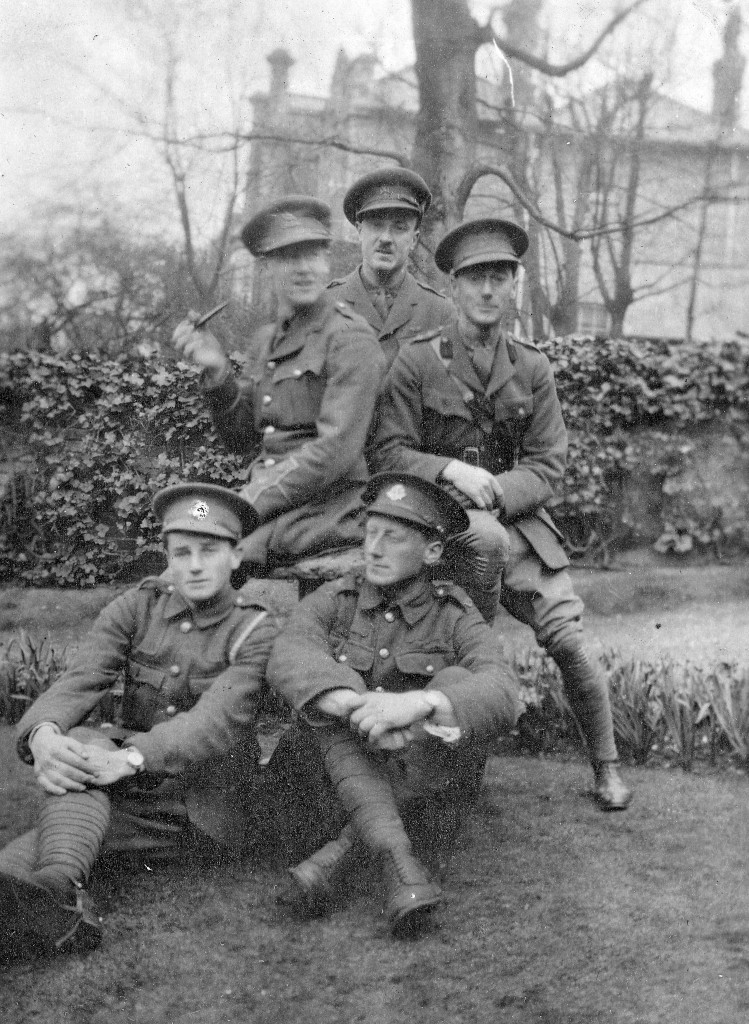 Ivan was killed on the 13th June 1916 on the Somme and Ben who was devestated by his death was ill for several months afterwards.

We now know far more about his short but complicated life, thanks to the work of local historians and other researchers. His full story is here: http://www.familyletters.co.uk/13-july-1916-ivan-bennett-bens-fiance-is-killed/ 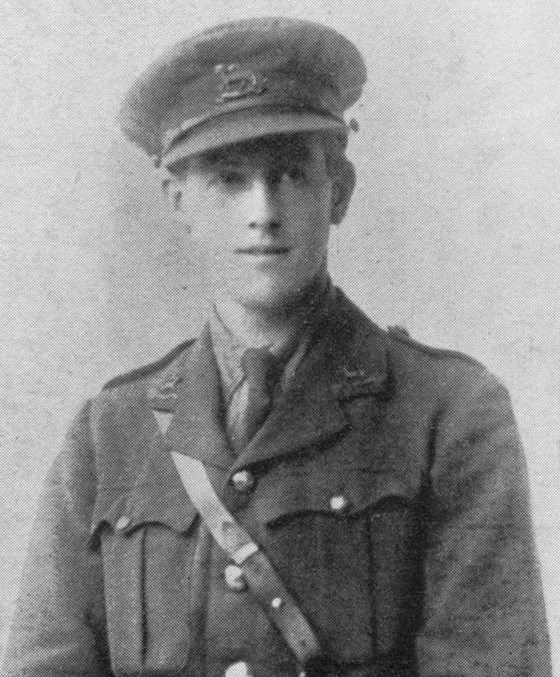