Paul’s ship the HMS Malaya was stationed in Rosyth in the Firth of Forth from 22 May onwards and they saw action in the Battle of Jutland.

The Battle of Jutland

Jutland is a difficult battle to interpret as both sides claimed victory. It took place in the North Sea off Denmark over the 31st May and 1st June 1916.

The Germans inflicted more damage to more ships and were quick to publicise this. The dangerous way the British stored and handled cordite contributed to the German successes because there were dreadful explosions following hits which might not otherwise have inflicted serious damage to the structure of a ship; a bad fire broke out on the Malaya and other ships just blew up and sank.

It took time for the scale of the British strategic victory to become apparent: the British Grand Fleeet controlled the North Sea after Jutland and the German High Seas Fleet did not put to sea again during the War. However, by that time the damage to the Navy’s reputation had been done becuase the British press and public criticised the Navy in response to the news from Germany. The British wanted an outright victory like Trafalgar where Nelson had wiped out the French Navy 111 years before.

The Battle of Jutland – Gains and Losses 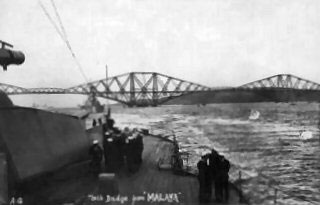 The Forth Bridge from the deck of HMS Malaya

The Malaya was badly hit during the battle and several people were dreadfully burned.

After the battle, HMS Malaya was repaired in the sea dock in Invergordon 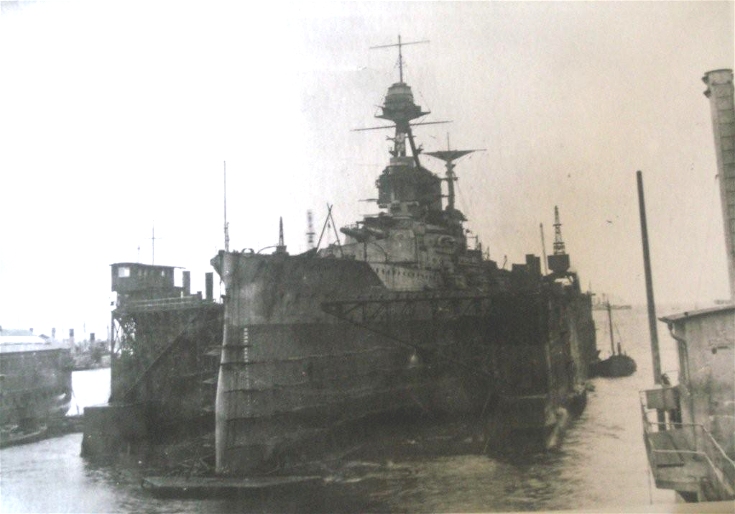 HMS Malaya in dock in Invergordon after Jutland

Posted by Family Letters on 31 May, '16 in Jutland