The Doctor has just been round and has now promoted me to fish diet, the one next above “semi-solids” but he says I’d better not get up yet. So evidently everything is going on all right & I’m feeling as fit as a fiddle.

By the way do you remember I told you our C.O. was giving me a picture of N. Chapelle as a wedding present? Did it ever turn up? as he said it was being sent straight to Delaford. I seem to remember you saying it had arrived one day. Do let me know what happened to it & if it’s arrived.

Best love to all, & I’m going along fine so don’t worry

Ted’s picture of Neuve Chappelle did eventually turn up. 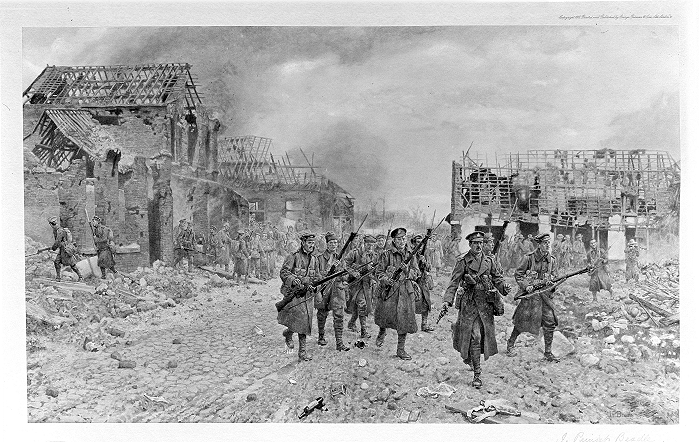